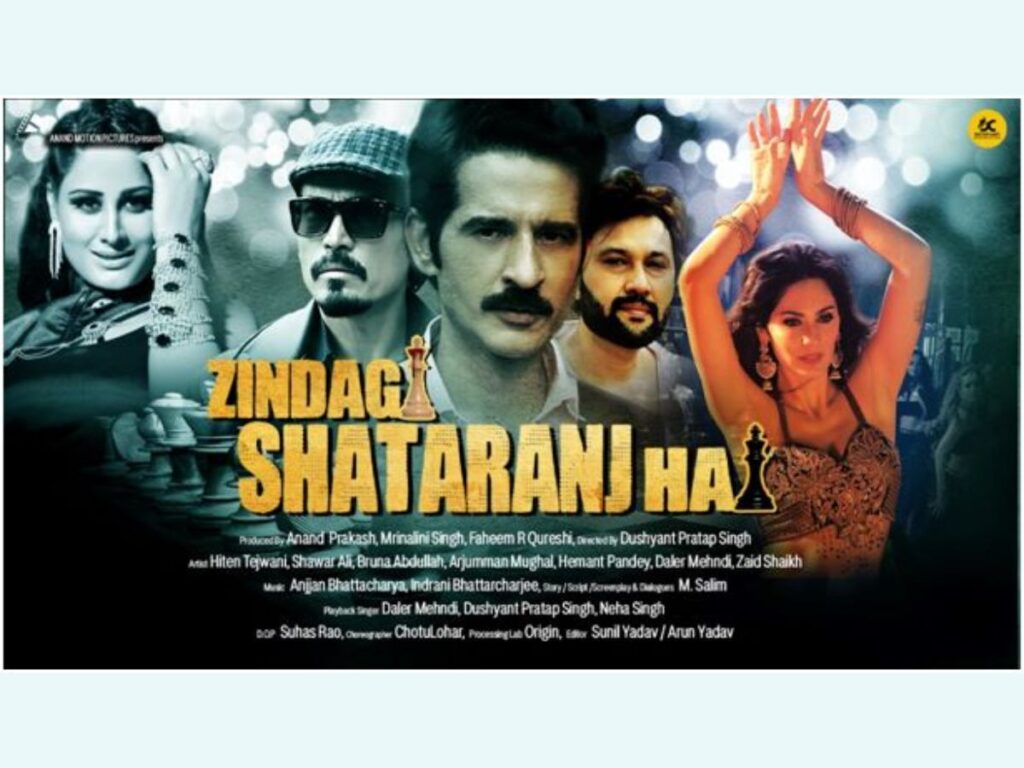 New Delhi (India), December 16: Bollywood director Dushyant Pratap Singh told the media that the name of his film Shatranj has been changed to Zindagi Shatranj Hai. This film is going to be released in Indian cinemas on 20 January 2023.

The producer of the film, Anand Prakash told that it is a suspense thriller film. Artists like Hiten Tejwani, Bruna Abdullah, Shawar Ali, Hemant Pandey, and Arjumman Mughal will be seen in the lead roles of the film. Expressing faith in director Dushyant, he said that the film has been shown very beautifully. This film will force the audience to engage. He has full hope that this film will do wonders at the box office.

Director Dushyant Pratap Singh said that like a chess game, this film will remain in suspense till the climax. All the actors of the film have performed well. His entire team has worked hard in the making of this film. He has full hope that this film will be liked by the audience and film pundits.

The music of the film is given by Aanjan Bhattacharya and Indrani Bhattacherjee. Punjabi pop king Daler Mehndi has decorated the title song of the film with his voice and acting. The cinematographer of the film is Suhas Rao. The film has been shot in Mumbai, Bangalore and Delhi.

This is his third film directed by Dushyant Pratap Singh, before which he has successfully directed films like The Hundred Bucks and Trahimam. The director told that his next 2 web series are ready which will be released soon.