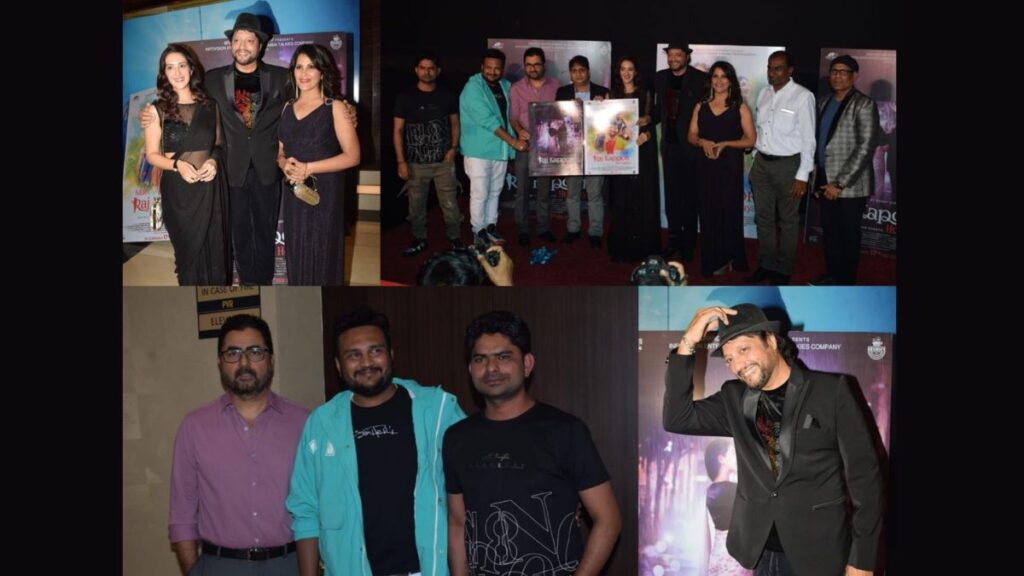 New Delhi, December 16: Fun-filled song launch of Main Raj Kapoor Ho Gaya held in Mumbai on the special occasion of the legend Raj Kapoor Sahab’s birthday. Throughout the song launch, the cast and many celebrities graced the event.

During the Song launch, Star cast Actor and Director Manav Sohal, Shravani Goswami, Arshin Mehata, Producer Mukesh Sharma, Arpit Garg and Arshad Siddiqui, along with many others, graced the event with their presence.

Actor and Director Manav Sohal added, “Let’s come together and celebrate the beautiful journey of Raj Kapoor’s amazing life, which was filled with laughter, joy, and happiness, as well as a few sad moments and hard goodbyes.

No films are big, and small films are good and bad. I have tried to make a good film, and if you all like it that is my success and an award.

And at the end, I wanna add one of my favourite lines: Bann Gayi Tu meri Nargis Main Raj Kapoor Ho Gaya.”

Actress Arshin Mehta said, “I really liked the script, and it’s a very different story than any other film. I request everyone to love and support this film.”

The story and song of the film are quite interesting. The film has been shot in a real location, and actors who play respective roles are chosen based on their efficiency in portraying the characters, which keeps the story’s authenticity intact. Most scenes in the movie are inspired by true events.

The film is produced by Mukesh Sharma. Arpit Garg (Brandex Entertainment), Associate Producer Arshad Siddiqui and Sahil Malik. The Music of the film is released on Brandex Music & marketing of the film is done by Brandex India.

The passion and artistry of Shailesh Ghanchi in the world of Rajasthan.