HomeNationalBanaskantha will become a centre of attraction in the country due to...
National

Banaskantha will become a centre of attraction in the country due to Nadabet Seema Darshan Project, says Union Home & Cooperation Minister Amit Shah 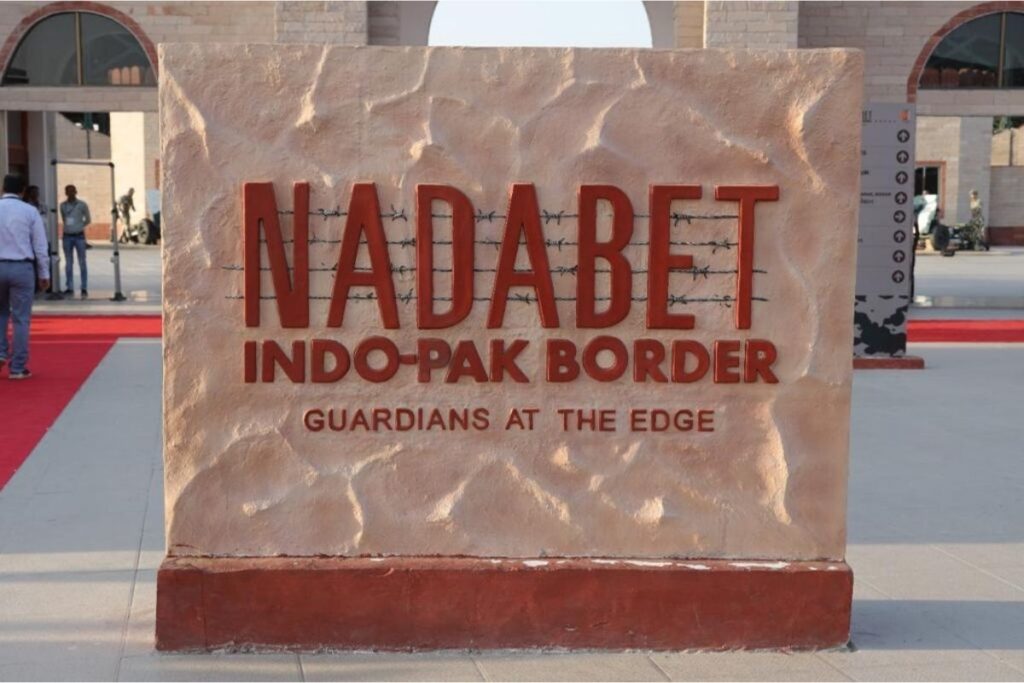 Banaskantha (Gujarat) [India], April 11: The Seema Darshan Project, a border viewing point, near the India-Pakistan border in Banaskantha’s Nadabet was dedicated at the hands of Union Home and Cooperation Minister Amit Shah on Sunday. Gujarat Chief Minister Bhupendra Patel along with Tourism Ministar Shri Purnesh Modi was also present on the occasion.

The Union Home Minister greeted everyone on the occasion of Ram Navami and said that Lord Rama’s life continues to inspire us all for ages. He also noted that he had received the fortune to be a part of the Nadeshwari Mataji fair on the auspicious day of Chaitra Sud-9.

Speaking on the occasion, the Home Minister lauded the BSF jawans and said they protect the country’s borders in difficult temperatures ranging from -40 degrees Celsius to 50 degrees Celsius. He said the jawans willingly serve the country in the simmering desert heat thousands of kilometres from their homes and it is because of their efforts that the Indian borders are safe. He also noted that during any and every challenge, BSF jawans have served the country without caring for their lives.

The home minister said the Seema Darshan Project has taken shape at Nadabet because of the vision of Prime Minister Narendra Modi. This project will help in developing tourism in the area and create new employment opportunities. He expressed confidence that lakhs of people in the area will get employment opportunities in the coming 10 years. He said the entire Banaskantha district will emerge as a centre of attraction in the whole country because of the Nadabet Seema Darshan project. He also said that the project has been started to allow common people to witness from close quarters the daily lives of BSF jawans and their love for the country.

Sharing details about the Seema Darshan project, the home minister said Rs. 125 crore have been spent to set up the latest facilities and special attractions for tourists. The Tourism department has undertaken various development works on the T-junction, Zero Point, and the road connecting T-Junction to Zero Point to boost border tourism. He said that an arrival plaza and resting space with furniture and interior work, parking, a 500-seat auditorium, changing room, souvenir shop, 22 shops and restaurants, a gallery showcasing the history and work of BSF, decorative lighting, solar tree, and solar rooftop facilities have been developed.

Moreover, a retaining wall, BSF barracks, drinking water, toilet blocks, a parade ground having a capacity of 5,000 people, exhibition centre, parking facilities, sound system, and various games for children, among others have been established.

Addressing the gathering, Tourism Minister Purnesh Modi said it is a matter of great pride for the whole of Gujarat that various border tourism projects have been inaugurated at the India-Pakistan border near the temple of Nadeshari Mata on the auspicious occasion of Ram Navami. The Gujarat government has been promoting wildlife tourism, ecotourism, and beach tourism, he said and added that the project will boost border tourism in a big way. He also appealed to people to visit the Seema Darshan Project at Nadabet so that patriotism can be imbibed in children.